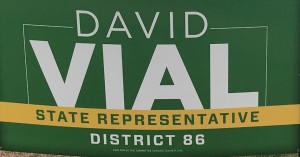 Tangipahoa Parish is faced with a challenge and a choice. The challenge is related to the fiscal cliff in the state budget, a $1 billion budget hole left by Bobby Jindal’s long-term harm to Louisiana. The choice is the person who will fill Rep. Chris Broadwater’s House District 86 position on Feb. 17.

Louisiana’s budget is a mess for two reasons. First, Jindal inherited a $2 billion budget surplus and turned it into a $1 billion budget deficit. This is one reason he is still persona non grata in the Bayou State. Second, a fraternity of knuckleheads in the Louisiana House of Representatives, led by Rep. Cameron Henry of Metairie, has attempted to thwart Gov. John Bel Edwards since the very morning of his inauguration. In fact, the legislative “fix” for the fiscal cliff was only temporary, and it ends this year.

A Napoleon wannabe, Henry’s goal is simple: Make Tangipahoa’s native son a one-term governor at all costs—even if it means killing colleges like SLU, destroying TOPS, and sinking the state as a whole.

Indeed, Gov. Edwards came to SLU on Feb. 1 to explain the fiscal cliff and the damage it will do to the state if not fixed soon. He outlined why we need a special session to stop the disaster.

Broadwater’s replacement will either make Louisiana better or worse. The voters in District 86 (parts of Hammond, Natalbany, Tickfaw, Independence, and Loranger, etc.) will decide if Louisiana moves forward or backward.

I should note that Broadwater and I disagreed from time to time, but we also agreed more often than not, and I found Chris to be a good friend and a faithful public servant. I hated to see him resign from the Legislature but wish him the best in the future.

Four candidates, all men, vie for the position. Who is the best man for the job?

Michael Showers, a Democrat and Andy Anderson, a Republican, are not serious candidates. I predict together they will garner no more than 18 % of the vote. Frankly, neither man is ready for primetime.

Two other candidates are campaigning in earnest for the House seat, Nicholas “Nicky” Muscarello Jr. and Parish Councilman David Vial, both Republicans.

I believe Republican David Vial is the most qualified candidate, and he is the only one who will effectively fight for SLU and Northshore Technical Community College, as well as the Hammond area. In fact, Vial has personally assured me that he will fight for higher education.

On the other hand, Muscarello’s campaign appears to be micromanaged by Livingston Parish Rep. Sherman Mack, a man with a shamefully appalling record on higher education.

Community members report seeing “war room” campaign strategy sessions between Muscarello and Mack at restaurants in Hammond. I saw one a couple of weeks ago with my own two eyes.

As I said, Mack has been a disaster for higher education. What are Mack’s LSU Student Government Higher Education Report Card grades? In 2015 F, 2016 F, and 2017 D.

No political spin can hide an F average on higher education. I’m not saying Mack is not a nice guy. He is one of the politest gentleman you’ll ever meet, and he is by most accounts a topnotch attorney. I’m sure the same can be said for Muscarello.

I don’t believe the Mack-Muscarello cabal is the primary reason to dismiss Muscarello’s candidacy as anti-SLU. Rather, it is Muscarello’s own campaign promise. His entire campaign is based on a “No Tax” pledge. But how can Muscarello promise No Taxes and still say he will protect SLU? How can his campaign platform and political mailers declare No Taxes when we have a fiscal cliff with TOPS and higher education on the chopping block?

I will answer the question. He cannot promise No Taxes (even renewals of existing taxes) and support SLU and NTCC. Muscarello might attempt to distance himself from the Cameron Henry-Sherman Mack fraternity, but he cannot possibly keep his campaign promise while at the same time support higher education or its students.

There is a clear choice in the Feb. 17th race. The choice is David Vial. It’s nice to have a choice between mediocrity, knuckleheadism, and good leadership. Vial has leadership experience, an even temperament, and a commitment to the district. I believe he will work with the governor and protect higher education. He will help make the state better.

Dayne Sherman’s widely praised first book is Welcome to the Fallen Paradise: A Novel. Sherman doesn’t speak for any of his employers.