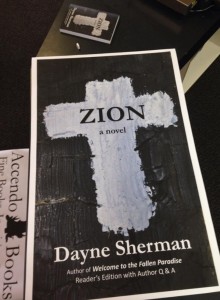 Of Posters and Prosperity

It is rare when “art” causes outrage, but lately every Tom, Dick, and Harriett from Kentwood to Bedico has become an art critic. French berets can be seen at coffee houses, open mouths chattering about the merits of good art. Aesthetic lines have been drawn from Pumpkin Center to Cranky Corner.

How could I miss an opportunity to offer a critique of the Strawberry Festival poster controversy? Indeed, I may be the last person left to offer his two cents.

When the new poster exploded on social media like a pair of cherry bombs slipped into a principal’s mailbox at midnight, I was not shocked. My first thought was the piece looked like a crude knockoff of a Bill Hemmerling painting. As Pablo Picasso once said, “Good artists copy, great artists steal.” How true. My second thought was it appeared strikingly similar to blackface, Little Black Sambo, and other derogatory depictions of African-Americans.

But the verdict is out on whether or not the portrait of two Black children is racist or not, and I don’t wish to chime in. Some say it is, some say it is not.

I certainly don’t think either the artist or the poster mongers meant ill, and I do hope future Kiwanis Club posters will be vetted by a cross-section of the community. Surely they will.

The late Bill Hemmerling was a legitimate artist, perhaps even a great folk artist. I wish I owned a house jammed full of his originals. Instead, I own none. A guy could move to The Hamptons or Key West by selling a collection of Hemmerlings.

I also hope readers understand there is an unintended byproduct of protests: massively increased sales. Nothing, and I mean nothing, makes people want to buy more than being told they shouldn’t. Does anyone really believe the Kiwanis will ever see sales figures again at the current stratospheric level?

Look, I’ve been a writer since my late teens, and the activity has yet to lead to prosperity. I’ve published two novels, Welcome to the Fallen Paradise and Zion, as well as many short stories. They are, dear citizens, objectionable. The content is worthy of protest, absolutely shameful, and anything less than a book burning held by the NAACP, PETA, Louisiana Family Forum, Southern Baptist Convention, and the Knights of Columbus is a tragedy, an attack on the very moral fiber of society. Not that it matters but a great place to erect a book pyre is Cate Square in downtown Hammond, Louisiana. Just read my work and be amazed that civil society has up to now tolerated such smut.

Please ban my books, and create a social media firestorm. Do whatever it takes to keep my scurrilous scribblings off the shelves and out of the hands of young readers. As with Socrates, my work corrupts the youth.

The first sparks of protest will ensure that my economic future is bright. So be my guest. Ban my books. It’s the Christian thing to do. Do it for family values. No, I’m not asking, I’m begging. Please do it for the betterment of Hammond, America. Who knows, maybe I’ll move to The Hamptons or Key West or some other out-of-state address. Some will call this a win-win. I will call it a blessing in disguise.

Dayne Sherman is the author of the novels Zion and Welcome to the Fallen Paradise, $2.99 ebooks. Signed first editions available from the author. He receives e-mail at daynesherman@yahoo.com. And he does not speak for any of his employers.