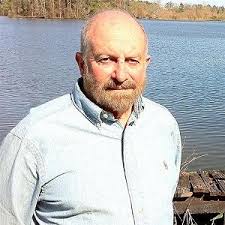 Charlton Bath Forgotston, Jr. has died. It is difficult to put into words how saddened I am by CB’s passing. He was sui generis: “of its (his, her, or their) own kind; in a class by itself.”

Many will know CB from his newspaper columns and radio appearances. He was an expert on the 1974 Louisiana State Constitution, which he helped pilot through the Legislature while he was a young lawyer working at the Capitol.

As technology changed, CB adopted the blog format and Twitter, which he used regularly to communicate with his many fans, as well as to horsewhip Louisiana politicians, both Democrats and Republicans alike.

Indeed, his “Louisiana Misery Index” was a work of political subversion par excellence. It recorded every good list Louisiana was last on and every bad list we were at the top of.

No matter the politician or government policy, CB distrusted both the messenger and the action. He was cynical and usually right, as fellow blogger and LSU professor Bob Mann says of CB’s passing.

After Hurricane Katrina, CB came to live in my native Tangipahoa Parish and my hometown of Hammond. The truth is, I was proud that he moved to town.

I was one of CB’s fans. He always answered my questions about politics and policy. He served as a huge resource and an inspiration as I fought Bobby Jindal over the years.

Selfishly, I figured if Gov. Jindal decided to put out a hit on his detractors, CB would be the first to go. Until such time, I had nothing to worry about.

CB recently responded to one of my Twitter diatribes on December 12, 2015. It was his final tweet published:

It’s a miracle he fooled so many people in La. into believing his “Louisiana Miracle.” https://t.co/vTDQFSUWG2

The man lived his life with the hammer of truth in his hand. In a state and a world dedicated to untruth, it has been a joy to know CB Forgotston. I will miss him, and I send his widow EJ my deepest condolences.

Rest in peace, CB. We’ll try our best to swing the hammer in your absence.