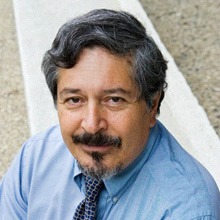 Perhaps many of us are familiar with HB 166 (Rep. Joseph Bouie, D-New Orleans), which would require RSD New Orleans schools that are no longer “failing” to return to the Orleans Parish School Board (OPSB) as early as this fall.  HB 166 is not only timely, but is, in fact, the rational response as to what was supposed to happen when schools climbed their way back from “failing” status.  It is worthy to remind ourselves that the critical point of the Recovery School District (RSD) was not to keep schools in “recovery,” but rather for schools to “recover” in order to return back home to the city of New Orleans via OPSB.

Yet, it is true there are always groups, entities, or individual people who want it their way, and only their way, all of the time. Take, for example, the group, “Educate Now” who seemingly like the idea of our schools remaining in that “recovery” state.  In fact, this group is insisting that now is not the time for “recovered” schools to be placed back to the OPSB.  Umm, 10 years after Katrina, not ready?  Really?  If not now, then when?

It is curious, indeed, that whenever the old (i.e., OPSB), now considered barely relevant among many “school choice” groups, is making some significant headway to restore unity, and then BOOM!  Another blowback in the disingenuous argument that the New Orleans school district is not ready for prime time; charters would lose their autonomy; or more perniciously, the old OPSB governing board remains dangerously corrupt, implying that at any time, it might regress toward the pre-Katrina dark days when select members were federally indicted, some even serving time in prison.  Hogwash!

Elementary grade level logic and simple historical understanding of legislative history over the past decade would dictate just the opposite reasoning. Worse, potentially harmful incitement could arise among already disenfranchised community members, who have had to bear the brunt of emotionally painful neighborhood school closings such as John McDonough High School.

To be sure, the legislative piece under the Blanco administration which enabled the establishment of the RSD makes abundantly clear that legislators never intended that this creature of the state remain permanent, ensconced in a perpetual state of policy transition and public confusion. And this is precisely the reason why the House Committee passed HB 166.

Of course, one has to wonder what these groups –the staunchest opponent of this baby step move toward restoring democracy and the public square locally—have to fear?  Is it a loss of political power, giving up control? Indeed one has to seriously wonder whether any academic and financial achievement the local district records will be enough to return the schools the state took over,

It is troublingly ironic that when it comes to “choice,” such cynical opposition to restoring a sense of good will seems to throw out choice altogether. On the one hand parents in the all charter environment in the RSD have the freedom to practice “universal choice,” theoretically attending any school of their liking and not doomed by neighborhood zip code to chronically underperforming schools. Fair enough. But when the shoe is on another foot, the same freedom lovers want to deny, well, freedom.

Of course now is the time for HB 166!  We ought to applaud elected officials (legislators) the right to propose—and enact—legislation that seeks to rightly restore what celebrates the public square and thoughtfully empowers the common good.

Luis Mirón is the Director Institute for Quality & Equity in Education Loyola University New Orleans. To be released in summer 2015, his forthcoming book is titled Only in New Orleans: School Choice and Equity Post-Hurricane Katrina.