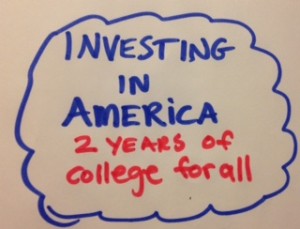 Louisiana is Ground Zero for political scandals. Whether it’s felonious former Gov. Edwin Edwards and his rolling freak show running for the US House at age 87 or Sen. Bill Cassidy’s unanswered allegations of payroll fraud at LSU, the state knows how to keep the country in stitches.

Even our new House Whip, Steve Scalise, who describes himself as “David Duke without the baggage,” has become an international disgrace for speaking to a neo-Nazi group 12 years ago while he was a state representative.

A quote attributed to Pericles 2400 years ago is still true: “Just because you do not take an interest in politics doesn’t mean politics won’t take an interest in you.” Indeed, these political scandals are at the expense of Louisiana citizens. They matter. We pay the price for wayward politicians and their blinding ambition. This lust for power is equal only to their lust for “other things,” as Sen. David Vitter seems to be chief among sinners.

On Jan. 9, Louisiana House Speaker Chuck Kleckley came out like Clint Eastwood in a western flick, standing up tall to Gov. Bobby Jindal’s latest plan to cut $370 million from Louisiana higher education. He says he won’t back the budget plan. But let’s be clear-minded. Kleckley is Jindal’s paramour. He has done and will continue to do whatever the governor tells him to do or he’ll lose his speakership.

This is all political theater, a cruel PR scheme to help Kleckely win State Treasurer. Recall, Louisiana higher education has been cut by over $700 million since Jindal took office, the deepest cuts of any state in the country. Other states are investing in colleges and universities post-recession, and we are not.

Kleckley’s recently found courage when the state faces a $300 million deficit this year and 1.4 billion next fiscal year starting July 1, is a fake news story. Jindal’s conservative principles haven’t worked. On the contrary, they’ve been a disaster aided and abetted by lapdogs in the Legislature. Make no mistake, the greatest hypocrite among them is Kleckley.

The bayou budgetary apocalypse is coming. Get ready.

At the same time, Pres. Obama has announced a truly bold new plan to give all Americans two years of free community college. Clearly, the best news of 2015.

Upon hearing this great news, a number of Louisiana college and university “leaders” (They’re paid to be leaders but are mostly scoundrels in leisure suits.) began to question the details. Why aren’t they excited? Don’t educators want nothing more than to educate? Don’t they need students? Well, their master Bobby Jindal is against everything good or bad that Obama wants. The “leaders” answer to Jindal. These same rascals served as cheerleaders for Jindal’s foolish WISE Fund, a mere pittance, but they became skeptics over the real deal.

How will we fund a community college education for all Americans? I’d say having ended two wars, one in Iraq and the other in Afghanistan, will do it. We can save trillions by staying out of endless international conflicts. No need to raise taxes. Let’s just stop blowing up other countries and then rebuilding them on the taxpayers’ dime.

I believe nothing could be better for America and the world than investing in Americans. Jindal has shown through $700 million in cuts to Louisiana higher education, and another $370 million before he’s through, that he doesn’t believe investing in our state is good for his long-term political career.

Pres. Obama, on the other hand, believes investing in Americans is good for the country. Fortunately, Jindal will never be able to bring to the nation the disasters he’s brought to Louisiana. He’ll never be President.