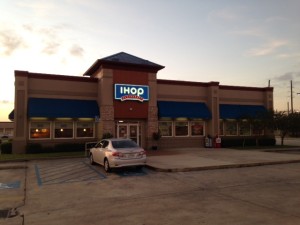 I was on pins and needles while flying to New York City. No, I don’t have a fear of flying. Our family vacation, scheduled months earlier, happened to take place when the polls closed for the Louisiana gubernatorial election, and the plane wouldn’t touch down before the results were in.

So I sat quietly, ate the pretzels and drank the complimentary Diet Coke, trying not to sweat. On principle, I was unwilling to pay the airline $8 to use the wireless Internet.

Since hearing Rep. John Bel Edwards unceremoniously declare his intention to run on the Jim Engster radio program in Feb. 2013, I have been supporting his candidacy. I did what I could to help him. I thought he could win and would win.

The two biggest hurdles were not money or being a Democrat, but whether he could clear the field of other major Democratic candidates and how Sen. David Vitter’s peccadilloes would play out in the race.

Even though Edwards and I are both Tangipahoa Parish natives, I didn’t really know him. But as he fought Bobby Jindal, the second least popular governor in America and the worst governor in Louisiana history, I grew to respect him more than any other Louisiana political leader. Make no mistake, he led the charge against Louisiana’s delusional governor when others far and wide cowered.

Of course, no other candidate of any stature entered the Democratic side in the race, and the three Republicans seemed to pummel each other with sacks of stove wood.

In many ways Vitter helped the Edwards campaign. Not just by savaging his GOP rivals, but by his unwillingness to directly and honestly address the prostitution scandal beyond calling it a “very serious sin” in 2007.

I’ve said repeatedly that Vitter’s career slid off the rails on the morning before the primary when his hired private investigator was arrested after fleeing Metairie’s Royal Blend, a daily coffee klatch of Jefferson Parish Sheriff Newell Normand and his buddies.

Political Rule No. 1A: Never, and I mean never, get your gumshoe busted the day before an election clandestinely recording one of the most popular sheriffs in Louisiana. To make matters worse, Vitter was involved in a car wreck later in the morning. This was a very ugly Friday for Vitter, and it stayed in the news for the rest of the campaign.

But I believe the real event that ended Vitter’s political career—and many people scorned me for saying that he was done in politics—allegedly occurred at the IHOP in Hammond, Louisiana, three days earlier than the Royal Blend fiasco.

According to Sheriff Normand, Vitter’s chief PI, not the junior PI who got caught hiding behind an air-conditioning unit, but the “Big” PI, met with a woman at the IHOP near I-12 on Oct. 20. There Vitter’s paid PI allegedly solicited an affidavit to discredit Jason Brad Berry and Wendy Ellis. Berry is a first-rate investigative blogger who videoed Ellis telling her story. She claimed to have had a long-term relationship with Vitter, which included allegations of a child fathered by the Senator, despite his request that she have an abortion.

What made the IHOP story so compelling was the video, recovered on a clandestine recording device, which happened to be the same device the gumshoe used to record Sheriff Normand. The sheriff maintained the recording had been deleted but his forensic technicians recovered the video.

Why would a PI record himself doing something highly questionable that could bring down his boss, a US Senator? I suppose we’d have to ask Richard Nixon.

The video and other information was turned over to the FBI by Sheriff Normand.

When the smoke settled and the votes were counted, Edwards beat Vitter by a landslide, 12.2 %, a good stomping.

I was ecstatic to read that John Bel Edwards won the governor’s race soon after my plane touched down at the airport. Frankly, it made for a nice family vacation, knowing that my home state was moving in the right direction. And the fact that Vitter announced that he was done with the Senate made my time away from Louisiana even more enjoyable. Vitter’s political career coming to an abrupt end was icing on the cake.

I believed in John Bel Edwards before the come-lately politicos joined in. He’s a good man from Tangipahoa Parish. He’s probably the best person we’ve elected as governor since John McKeithen (in office from 1964-1972). No doubt, it will be quite a task to fix the disaster Bobby Jindal created, but Edwards is up to the task.