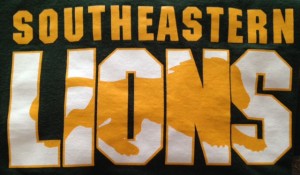 Did you know a plan is being floated to close 15 Louisiana community colleges and universities? Gov. Bobby Jindal has been touring Europe, and while he’s globetrotting, Louisiana higher education is slated to take the brunt of a $1-2 billion budget shortfall next fiscal year starting on July 1.

At the end of the day, there’s so much to like about Jindal’s plan to destroy Louisiana higher education. Let’s be honest, we don’t need any education in Louisiana. We’re already smarter than a fifth grader.

We need to close Southeastern because the 14,500 current students aren’t important to the state. Bottom line, if you aren’t a student at Brown University or Oxford (like Jindal), you just don’t count.

We need to close Southeastern because the 65,000 alumni that have helped shape Louisiana, the nation, and the world, just aren’t good enough to justify the continuation of the university. In reality, how many US Presidents has Southeastern produced?

We need to close Southeastern because the school prospered during the Great Depression, World War II, and throughout all of the economic downturns since its 1925 founding. But now the university can’t survive the momentary fiscal insanity of one pea-brained governor and his “no new taxes pledge.”

We need to close Southeastern because Lion football didn’t win every game last year. Being one of the best small sports programs in America doesn’t cut the mustard. Instead of “Lion Up!” let’s just “Lion Out!”

I’ve offered four reasons to close Southeastern, a place where I earned two degrees, a place that took me on as a student in 1988 when, quite frankly, no other college or university was knocking on my door.

But enough of the insanity. I’d like to offer a couple of ways to save Southeastern.

First, understand that Louisiana citizens are going to have to fight hard to survive Gov. Jindal’s next 11 months in office. On January 24, he will be co-hosting The Response Prayer and Politics Revival Rally at LSU. The event is tied to a hate group. Of course, Jindal will get God’s approval for his presidential run during The Response, but here on earth we must circumvent Jindal’s foolishness. Despite his return to Baton Rouge, we have to act as though he’s permanently on his European Grand Tour.

Louisiana has $7 billion in tax exemptions on the books. Some of these are great, some OK, others awful. We have to roll these back. How? The legislators can cut exemptions with a vote of both chambers and the governor CANNOT VETO the resolutions.

I am doubtful that legislators can pass new taxes without a veto threat, even taxes on beer and cigarettes, but they can cut the corporate welfare in the form of tax exemptions, and Jindal can’t stop it.

Second, the people of Hammond and the surrounding area are going to have to save the school—just as other regions will have to fight to save their schools. It’s time to tell our legislators the Jindal madness has to stop. We care about our university, and if the legislators don’t roll back the tax exemptions to save Louisiana higher education, they’ll find themselves term-limited like Jindal in the fall: the enforced “term limit” of being booted from office.