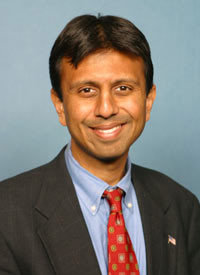 Louisiana’s ambitious governor, a man who has been “running” for President since 2007 or perhaps kindergarten, will finally announce his candidacy on June 24 in Kenner. Bobby Jindal’s drooling covetousness of the position has been clear to the good people of New Hampshire and Iowa, as well as his abandoned home state.

For weeks, I have been privately predicting that Jindal would quit his current office on the day he announces his presidential plans.

Sadly, Jindal does not always take the logical path. Indeed, he dances to an unmetered tune that has made him the most unpopular sitting governor in the USA.

With his polling in the single digits for the job he wants, and with assurances that he will be banned from the debate dais of GOP contenders, Gov. Jindal has to change the trajectory of his already botched candidacy. I believe there are four reasons why resignation could make a major difference.

First, a resignation will be a true game changer. Jindal should stand tall when he declares his run for POTUS, and within the first paragraph announce his resignation from Louisiana’s highest political office.

Bottom line, the GOP power structure does not take him seriously. He has to make the case that he is the only one who can do for America what he has done for Louisiana, and he must “stop the Marxist advance under the Obama-Clinton regime.”

He has to assure the media and the public that he is serious about running. He must show that he is not aiming for an executive office at a right-wing think tank in Washington or a late night show on Fox News. His sole purpose is to save America from Hillary Clinton.

Absolutely, the task is so important that he cannot possibly continue to run the Bayou State with such a messianic calling at hand. Civilization itself is at stake.

Second, the resignation will allow Jindal to avoid some of the worst fallout of his bad economic decisions and will begin to allow Louisiana citizens to forget about him. The state economy, education system, healthcare, and bond rating have been held together with cold spit and duct tape for seven years. By leaving now, he can avoid facing the music for many of his decisions and pass the trouble on to the next governor.

Third, abandoning the Governor’s Mansion will ensure that his sworn enemy is not elected governor. Jindal hates Sen. David Vitter and vice versa. Vitter is assured a runoff slot with the Democratic candidate John Bel Edwards. Vitter, if elected, will use his first four years in office blaming Jindal for every disaster that befalls the state.

Fourth, Lt. Gov. Jay Dardenne, a Republican candidate who can topple Vitter in a runoff, has no pathway to victory now that both major African-American candidates previously toying with entering the race have abandoned ship.

Furthermore, if Jindal exits his job now, Jay Dardenne will take his place. This is the only opportunity for victory in the fall for Dardenne. With Dardenne becoming the governor in July, it will take away the inevitability of a Vitter win. An added bonus to this scenario: Dardenne won’t spend his years in office bashing Jindal. This arrangement will help Jindal just as much as it helps Dardenne.

There are four good reasons for Jindal to resign, but only one reason why Jindal should stay put in his role as governor for the next six months. Simply drawing a check for a few months is not one. Believe me, Jindal has enough money to rent a house, support his family, and hire security, as well as pay for travel for six months.

The risk in resigning is the possibility of suffering the moniker of a Palinesque quitter, which is the only rational reason to stay.

But note, Jindal has been in his governorship for seven and a half years. Palin left after two and a half. There’s a major difference between the two.

Realistically, there is no way in the world that Jindal can win the GOP nomination, nor could he even land a spot on the ticket as Vice President.

Moreover, I assure my readers that Jindal could not win the GOP nomination if he jumped into the brackish waters of Lake Pontchartrain from the Causeway Bridge to save a drowning puppy while being filmed on live television.

The best he can hope for is to advance his political and media career long term. The higher he can rise during this Presidential cycle, the better his brand will grow for future skullduggery.

Currently, Jindal’s brand is about as marketable as a bad case of jock itch in a high school locker room. He has to do something big, something bold, something believable. Resigning from office is his only path to a better future.

Louisiana is counting on it.

Dayne Sherman is the author of the novels Zion and Welcome to the Fallen Paradise, both $2.99 ebooks. Signed first editions are available from the author. And he does not speak for any of his employers.

Leave a Reply to Janet