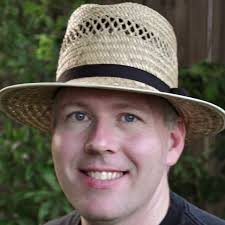 In an unexpected move, the Louisiana House Civil Law and Procedure Committee voted down HB 707 by a 10-2 margin on May 19. This bill, sponsored by Mike Johnson, a freshman Republican state representative from Bossier City, was known as the “Hate the Gays Law.”

The bill, in concert with the fiascos in Arkansas and Indiana, allowed for “conscience discrimination” against gay people throughout Louisiana. But the real aim of the bill was to help Gov. Bobby Jindal’s delusional quest for the GOP presidential nomination.

To be sure, one of the governor’s stated goals for the legislative session—irrespective of state healthcare and higher education systems near the edge of dissolution, and the state facing a $1.6 billion budget chasm—was this “Hate the Gays Law.”

It was remarkable that the bill died in committee. The business community fought hard against the bill, and I suspect the legislators were tired of being shills for a laughable presidential campaign.

The four primary backers of the bill seem to have been Jindal, the Louisiana Family Forum, the Louisiana Baptist Convention, and the Republican Party of Louisiana.

Despite being flummoxed by state representatives and business leaders, Jindal’s headline-grabbing couldn’t be stopped. Hours after the committee slapped down the discriminatory law, the governor signed an executive order doing the same.

With a billion dollars potentially lost to tourism and conventions aside, Louisiana should have no place for discrimination based on who someone loves, especially under the guise of protecting religious freedom.

In case you missed it, Ireland, one of the most religious and Catholic countries on the European continent, just overwhelmingly passed a referendum to allow same-sex marriage.

And this summer, no doubt, the Supreme Court will rule one way or the other on the legality of same-sex marriage in the US. It is already legal in 37 out of 50 states. Even if the Court rules against the freedom to marry, I expect gay marriage will be legal in all 50 states within the decade.

The country is moving quickly toward recognizing basic human rights for Lesbian, Gay, Bisexual, and Transgender people. I say better late than never.

Sometimes the establishment gets it wrong, leaving the “go with the flow” crowd on the wrong side of history. Gay rights is one example. As a heterosexual male, I am a gay rights activist simply because I am a human rights activist.

Separation of Church and State is good for America. I will staunchly defend any church’s right to continue practicing bigotry. If you want to exclude gay people at your church, have at it. There should be no law against being stupid. But let’s not allow the state to sanction bigotry in the public sphere.

Somehow, I am afraid Gov. Jindal missed these words when he was preparing to convert from Hinduism to Christianity, and all of Louisiana has to suffer for it, especially the gay population.