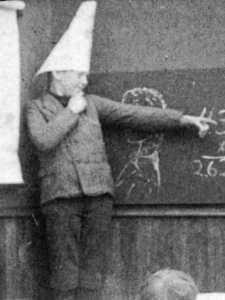 Let me begin by admitting the obvious: I was wrong—sort of. See my previous column here.

I never thought Donald Trump could win with the majority of the American voters. Truth be told, he did not win the majority. He lost by about 250,000 of the popular vote. But he did win the Electoral College vote, and that’s all that counts.

Indeed, my 11 reasons why Trump would lose and 7 reasons why Clinton would win still holds.

However, in the game of electoral strategy, Trump is a political genius. You read that correctly, I said GENIUS. He won where it counted the most in a state-by-state Electoral College count.

Perhaps when I wrote my column the day before Tuesday’s election, “Why Trump will Lose and Clinton will Win on Nov. 8,” I should have added the following disclaimer: “Never Trust anything Dayne Sherman says related to any geographic location east of the Pearl River, west of the Mississippi River, north of Kentwood, Louisiana, or south of Akers, better known as Manchac.” I am, for good or ill, a student of but one place, the Florida parishes of Louisiana.

The election results were very predictable in my region. Less so in the colder climes.

So, what did I get wrong exactly, the fact that Hillary won the popular vote notwithstanding?

#1. Trump’s victory in battleground states was within the statistical margin of error. In other words, he WAS within striking distance the whole time and I just didn’t see it. I watched aggregates of hundreds of polls and betting odds for months. I was not alone. Heck, my own 11-year-old picked my pocked for a $10 bill on our little POTUS bet. He was right. I was wrong.

#2. I believe the “David Duke Effect, or the so-called “hidden vote,” busted the pollsters’ chops and that was within the margin of error that won trump the Electoral College victory he needed.

The David Duke Effect is basically not being willing to say that you are indeed voting for the former Klansman in polite company, not revealing your vote to a caller. But in the privacy of the voting booth, the proverbial “sheet” comes off. We saw this in Duke’s 1990 and 1991 campaigns for US Senate and Governor respectfully. Duke polled under his performance level. So did Trump.

In Trump’s case, I believe people didn’t want to admit to voting for a reality TV star with a reputation for clown-like behavior.

#3. The Democratic Party made a mistake usually attributable to the GOP: running the senior most member of the party after a previous presidential loss (i.e., picking McCain and Romney, etc.). This was stupid for the GOP in the past, but instead of repeating the error, the GOP and the Dems flipped strategies.

Now we know who pulled off the upset. Trump was the fresh face and Hillary Clinton was not. Bill Clinton and Obama were fresh faces (change). George HW Bush and Bob Dole were not (status quo).

#4. I admit that I started having some doubts about Hillary’s viability when FBI’s Jim Comey unleashed his October Surprise with the Huma Abedin emails investigation. However, I thought the swift re-closure of Emailgate would stop Clinton’s slide. It did not.

I suspect Clinton would have won both the popular vote and the Electoral College count had Comey not reopened the case on Oct. 28th. I believe the announcement cost Clinton the win.

#5. America will have to live with the Trump decision. I hear former Gov. Bobby Jindal is trying to move to Washington. Have mercy!